And although the first course is “In development” it was released in fact a few days ago, so you can ask your local education partners to provide 20703-1A.

Both courses help candidates prepare for a new exam 70-703: Administering System Center Configuration Manager and Cloud Services Integration that will be released later.

Last week a had a great opportunity to speak in Bern, Switzerland about ConfigMgr, OpsMgr and Intune. Thank you Configuration Manager Community Switzerland and Experts Live Café! Also thanks all guys who visited my sessions. Hope to see all of you again. 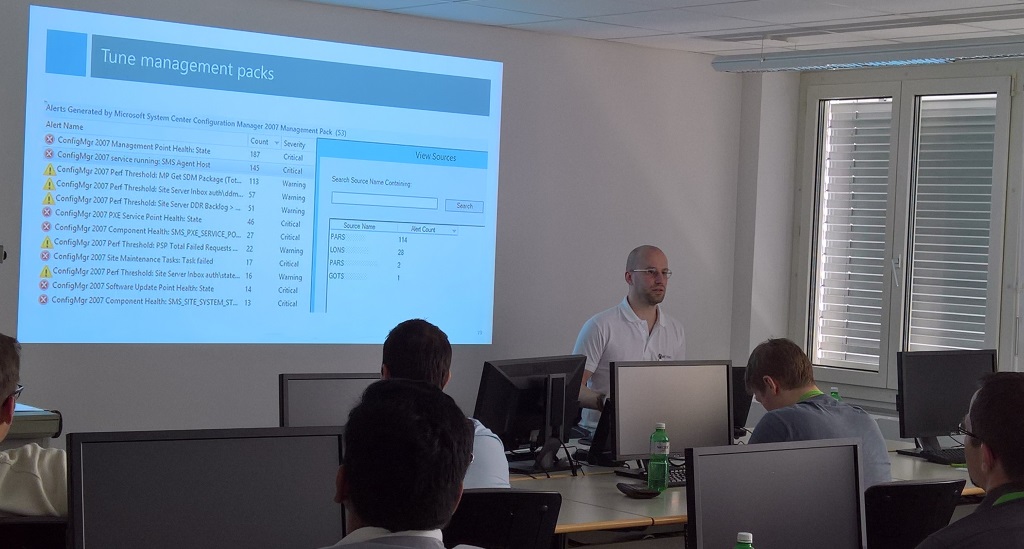 Two days ago Microsoft released a new update 1610 for Configuration Manager. This update consists of a lot of new features. From my point of view the most important features are:

The full list of new features you can find in official documentation.

Some of the key changes in this build of MDT are:

Today a new update 1605 was released for ConfigMgr Technical Preview. You can read more details about new and updated features on ConfigMgr Team Blog.

Today the latest update for System Center Configuration Manager TP4 was released – 1601. The most interesting features for me are real-time status (online-offline) for devices and new settings for antimalware policy. You can find more information about update 1601 on ConfigMgr team blog.

You can find update 1601 in ConfigMgr console -> Updates and Servicing.

So next version of System Center Configuration Manager – buils 1511 – was released today! No more Technical Preview! 🙂